By now you probably know that influencer marketing is a powerful tool for brands. A whopping 71% of consumers say they’re more likely to purchase something based on a social media reference – and let’s face, no one cares about pop-up ads. Your best path to marketing success (besides throwing a few dollars into Facebook advertising) is launching a killer influencer campaign. So how do you do it?

It may seem daunting because you definitely don’t want to make mistakes when money is involved. There are so many different types of content – personal blogs, mobile video, Instagram – that knowing what to focus on is overwhelming. Don’t worry – there are no real set of rules when it comes to crafting the perfect influencer campaign, but major brands with a proven track record of success generally abide by these four tips.

Let Your Influencers Be Creative

It’s hard to let go of the reigns, especially when you’re handing them over to a stranger. Brand marketing teams may find even more difficulty because they spend all of their time drafting and executing detailed campaigns. Still, it’s important to loosen your grip a little bit. The most successful influencer campaigns let their influencers be creative.

Why would you handover creative duties to some teen with a million followers? Because they absolutely know what they’re doing. Influencers know their audience inside and out – they know what they like and what they don’t like. They know the most effective way to reach them.

Take Loot Crate for example. Loot Crate is a subscription box that contains collectibles relating to gaming, TV shows and comics. The brand has a following in the geek and gaming community, so they enlisted YouTubers who fit this demographic to promote their products. Rather than having influencers stick to a tight script, they let them be creative.

One of these influencers was Jack Douglass of Jacksfilms – and his video had nothing to do with Loot Crate. Horrifying to hear for a brand, but it was actually the best thing Loot Crate could ask for. Jack invited his users to share their thoughts on the worst Ice breakers, and shared the results in a video the next day called “The Worst Ice Breakers.” At the very end of the video, he showed viewers his Marvel-themed ice-maker from Loot Crate. This was seamlessly inserted into the video, which so many fans were already watching because Jack had called for their participation the day before. This single video saw over a million views, and ended up showcasing Loot Crate wonderfully without feeling like an ad. A brand might not have been able to pull of something as organic-feeling without truly knowing the audience the same way as their influencer.

You may want to recruit the biggest Internet celebrities because they have the widest reach. More followers means more potential customers, right? Wrong. According to a 2016, Digiday study, the higher the follower count, the lower the engagement. In fact, the engagement is drastically different.

In a survey of Instagram influencers, it was found that those with 1,000 followers have an 8% engagement rate. Those with between 1,000 and 10,000 followers have about a 4% engagement rate. Not to mention – the bigger the influencer the higher the price tag. You could end up paying more for an extremely popular influencer, but reach the same amount of people as a micro and mid-level one would actually reach.

If your brand wants to make an infomercial, by all means – do it. Just don’t use your influencers to create one for you. Influencer content needs to feel organic and real. People look up to influencers for their opinion and knowing they’re getting paid to say a specific very good opinion about what you’re selling dispels the magic and loses follower trust.  It also makes your brand lose credibility.

Take it from BooTea, a line of weight loss products who teamed up with Scott Disick to promote their protein shake powder. They did not allow Scott any creativity and lined out exactly what he should say and when he should post it. What they wanted him to post was so clearly a paid advertisement – not at all in line with Scott’s actual always sarcastic tone and luxury lifestyle. Unfortunately for BooTea, Scott was rather annoyed and found a less-than-stellar way to make it feel like his own personal post. Scott posted their exact, stringent marketing copy as a caption: “Here you go, at 4pm est, write the below. Caption: Keeping up with the summer workout routine with my morning @booteauk protein shake!” Yikes. Don’t be BooTea. Let people create organic contact that doesn’t feel forced.

Have a Compelling Story

BooTea’ campaign also failed because it didn’t tell a story. You want users to be able to engage with the audience, and telling a compelling story that is relevant to an influencer’s audience will always be more successful.

For example, high-end retailers Revolve told an amazing brand story with their #RevolveintheHamptons campaign. Every year the company invites celebrities, models and fashion bloggers to the Hamptons to showcase their luxury lifestyle. The idea of a certain lifestyle is what they’re selling and their actual customers are allowed to be a part of it. All they have to do is make a purchase.

In 2016, the Hamptons event drew influencers like Victoria Magrath of InTheFrow and Chiara Ferragni of The Blonde Salad, who exposed the brand to their over seven million followers. Nicole Richie and Kendall Jenner were also there – no biggie! Revolve’s influencers encouraged users to tag images of themselves with #RevolveintheHAmptons and #RevolveMe. The best content was uploaded to the “Revolve Me” second of their website. Yes, their customers got to stand among the likes of Kardashians and live the Hamptons lifestyle – or at least momentarily pretend.

Looking to work with influencers?
Get in touch with our team to help get your influencer campaign to the next level.

We're not around right now. But you can send us an email and we'll get back to you, asap. 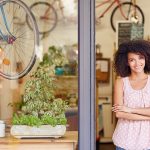 HOW NOT TO DO INFLUENCER MARKETINGInfluencer Marketing 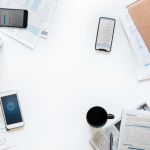